What’s Next in Engineering Technology? Part 2

As a point of reference, consider how the Internet became so important to daily life. The original plan didn’t call for it to be used for engineering or data management, or even commerce. The first developments were driven by the military and academia. Today, Internet technologies like email and the World Wide Web are the technical backbone for almost all social, commercial, academic, governance, and industrial activity.

Internet use exploded when four key technologies were exploited as a unit. Those four were the Linux operating system, the Apache web server, the MySQL open source database system, and the trio of lean programming (scripting) languages Python, PHP, and Perl. Each of these technologies were useful alone, but when used together they ignited the tech equivalent of the Cambrian Explosion. Developers started referring to the four technologies as a unit, the “LAMP stack.”

What is a Technology Stack?

A “stack” is a set of IT products or services which by themselves are useful and important, but when integrated become a platform for greater innovation. The term has its origins in software development, where a “stack” of aligned resources (operating system, database, programming language, etc.) are required to write applications. Most commercial desktop software is written using the Windows Stack. The newest version of Adept uses the Web Services Stack.

Technology stacks are identified, not invented. LAMP, for example, became the nickname for Internet services after they were already in widespread use. Several years ago, I noticed the synergy between four new technologies: cloud, analytics, mobile, and social. The four allows data to be created, used, understood, and stored in new ways. (Cloud makes data more widely available; analytics makes data more valuable; mobility makes data more consumable; and social makes data more actionable.) In my writing and consulting, I started to refer to this as the CAMS stack. I wasn’t alone in observing the new stack — others began to call it the SMAC stack.

The LAMP stack drove a generation of web development and continues as the essential foundation of IT services. The smartphone is arguably the biggest single product to come from the CAMS stack, and the smartphone in turn became a platform of innovation. Other examples of CAMS-based innovation include construction drones, industrial robots, and the nascent Internet of Things (IoT).

The Future of Technology Stacks

I now use the idea of stacks as a way to understand technology trends. I look at a specific innovation and think about the underlying products or services that make it possible. Today there is a lot of buzz about self-driving cars, more formally known as autonomous transportation. Hundreds of millions of dollars are being poured into R&D to make driverless or driver-assisted vehicles commonplace. When I look at all this engineering energy, I see a new stack which — like LAMP and CAMS — will be the foundation for the next generation of innovation. I’ll explain in detail in my next article.

Randall S. Newton is Managing Director of Consilia Vektor, a boutique consulting service covering engineering, graphics technology, and blockchain for industry. He has been in the engineering software industry in a variety of roles since the 1980s.

Synergis Software
Synergis Adept: The Best of What Both PDM and PLM Offer 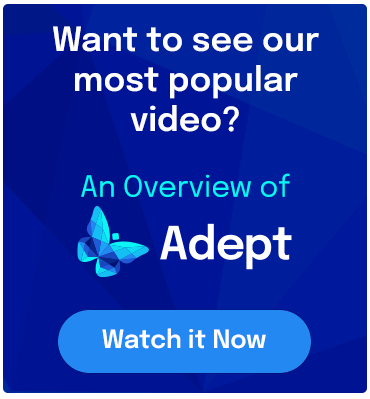